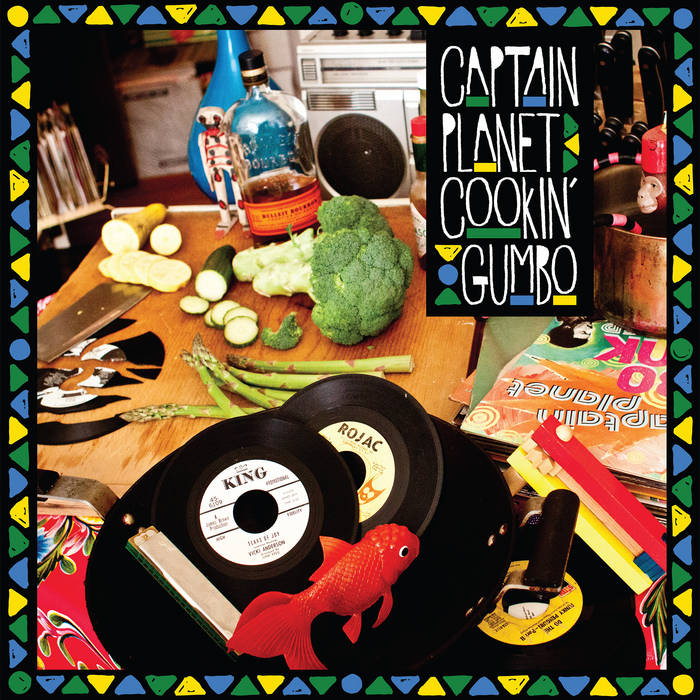 DJ Angel B! aka: Soulfrica

Coming from an early background in punk rock and rap music, Charlie Wilder (aka Captain Planet) began making hip-hop beats at an early age on archaic equipment, digging for samples in the usual Funk, Soul and Jazz wells –all the while developing a taste for Reggae and African music. After being offered a primetime slot playing strictly international music on WNYU’s “Passport” radio show, Bethel began digging deeper and deeper into music from Africa, Jamaica, the West Indies, India, Latin America and the Far East – eventually coming into possession of the entire World music library at Lincoln Center’s Public Library. Flipping these same World records the way Hip-Hop producers traditionally sample, these international sounds began creeping into the tracks that the Captain was producing for a few Hip-Hop groups at the time. After realizing these beats stood on their own and could function as a different kind of dance music, Bethel’s “Gumbo Funk” style of production was born. His 2005 debut 12” on Bastard Jazz sold thousands of copies and led to remixes for artists like Vieux Farka Toure, Alice Russell and The Pimps of Joytime – not to mention placements on HBO’s Entourage and CBS’s CSI:NY

Fast forward to 2011 and the release of the Captain’s debut album, Cookin’ Gumbo –, the Captain’s first full length album, bringing together a slew of brand new joints, and a handful of previously vinyl-only released classics. Things open up on “Ram Ad Infinitum,” with it’s deep & spiritual Hindu vibe, yet head crackin’ drum break, expert chops and buzzing synths. Next up is “Get You Some,” a catchy sure fire radio hit with vocals from up-and-coming LA soulstress Brit Lauren on top of a tough bossa-nova inspired beat that fans of Captain Planet will recognize from his incredibly popular and oft-played remix of Erykah Badu’s “Cleva.” We stay in Brazil with both the funky “Macumba,” the party starting drum’n’bass meets hip-hop in Rio vibes of “Fumando,” and “Samba Radiante 2011,” a total dancefloor reconstruction of a popular track from the Captain’s first EP! Next we’re off to Africa with “Ningane,” a tough horn driven slice of hard Afrobeat with vocals from the Congo’s Fredy Massamba (previously known for his vocals on famous South African house tunes by Bodhi Satva and Ezel), and the electro Nigerian bomb that is “Lagos Speedway.” We also call on Puerto Rico (“Dame Agua,” “Speakin’ Nuyorican”), Japan (“One for Japan”) the funky American South (“Another Dollar,” “On Yer Feet”) and more on this worldwide journey.

Bandcamp Daily  your guide to the world of Bandcamp

Cannibal Corpse's George "Corpsegrinder" Fisher stops by for an interview